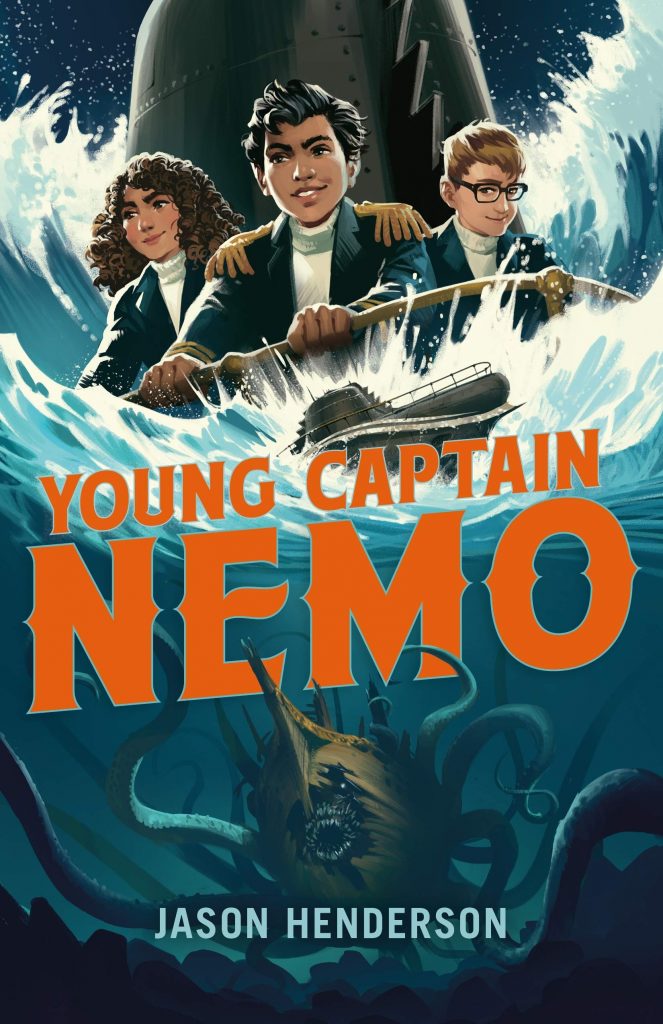 Armed with his wits, his friends, and his Nemotech submarine, a twelve-year-old descendant of Jules Verne’s famous antihero is determined to help make the ocean a safer place one adventure at a time in Jason Henderson's Young Captain Nemo, first in a new middle-grade series.

Gabriel Nemo is not your typical 12-year-old. A descendant of the famous Captain Nemo, he spent the first years of his life living in obscurity, isolated in his parents’ peaceful underwater research lab. But with his older sister off following in their ancestor’s footsteps, sinking whalers and running away from vengeful navies, Gabriel decides it’s time to forge his own path, and use his Nemotech legacy for good.

Armed only with his wits, his friends, and his Nemotech submarine, Gabriel embarks on a series of daring rescues and exciting undersea battles. But when Gabriel’s sister suddenly appears with proof of previously undiscovered sea creatures―giant beasts inhabiting wrecked war planes and ships―Gabriel and his new friends must face their biggest and most dangerous mission ever!