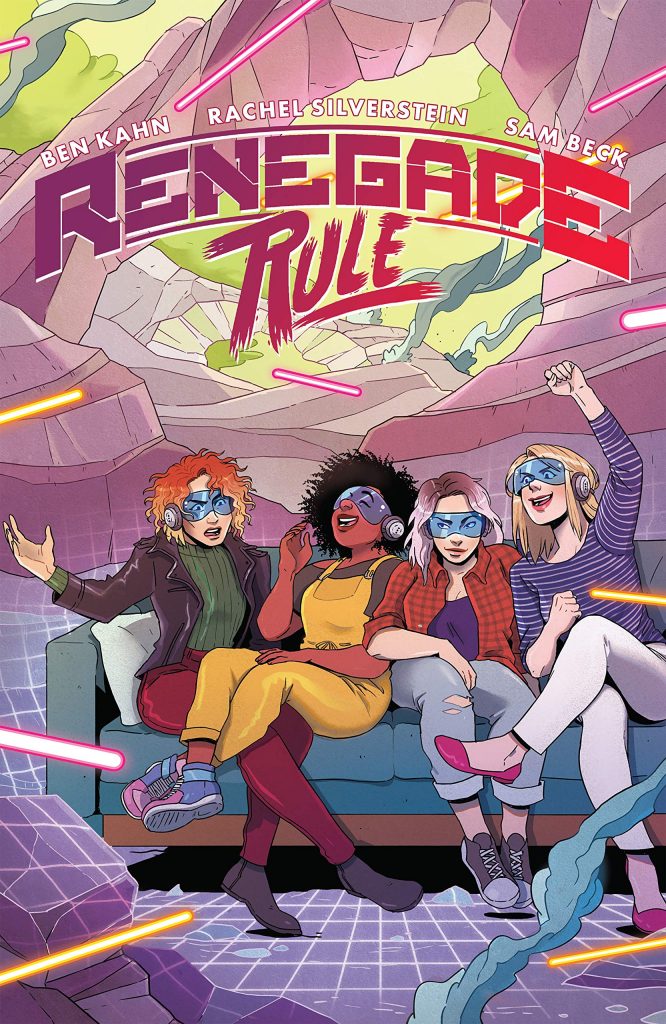 Prepare for competitive gaming like you've never seen it!

The Manhattan Mist have beaten the odds to land themselves in the national championships for Renegade Rule, one of the hottest virtual reality games in existence. But they're in for competition fiercer than they ever imagined, and one team member's entire future could be at stake. Four queer female friends will have to play harder than ever against self-doubt, infighting, romantic distraction, and a slew of other world-class teams if they hope to become champions.

Both hilarious and heartwarming, this new graphic novel from Ignatz-nominated writer Ben Kahn, debut author Rachel Silverstein, and artist Sam Beck is a celebration of friendship, competition, queer identity, and the insane things we do for the things and people we love.